Mid-1970s – Don and Marie Landry ran a doughnut shop on Acushnet Avenue in New Bedford, MA on the first floor of the area’s ubiquitous triple-decker homes. They lived upstairs where their handed-down meat pie recipe was the star of family celebrations and holiday meals where friends would say ‘you ought to sell these.’ As doughnut chain stores moved in to the area, they knew they had to expand to survive and thought, ‘why not?’

1976 – Every Friday afternoon after making the doughnuts, Don began making his hand crafted dough from scratch for a savory flaky crust, while Marie painstakingly cooked to perfection select fresh ingredients including beef, pork, and spices to create the trademark Landry’s Meat Pie filling. Word spread and soon lines were forming around the block on Fridays.

Early 80s – Don began delivering meat pies to restaurants in the area from his old station wagon. Then he discovered to sell outside his shop he needed more than his Board of Health certificate, he needed USDA federal inspections, an expensive step. So he found a Rhode Island-based company with USDA approval to make his pies for resale in micro batches.

1993 – Don met Sean Healey of P&P Provisions (Prince & Pauper) a deli food distributor, to discuss carrying Landry’s Meat Pies. Don dropped by Sean’s house with a few pies that they popped in the oven while waiting for Sean’s wife and baby to come home from a family visit. As soon as she walked in the door, Sean’s wife knew just from the aroma there were old-fashioned meat pies baking. One taste of its unique flavor profile and she and Sean were sold. P&P became Landry’s primary distributor, selling 25 cases in the first week.

Late 90s – Don fell ill and Sean stepped in to help Marie run the company. He helped modernize the company and grew the business, delivering the pies to 60 area Stop and Shops himself, taking inventory and stocking shelves.

1996 – Don’s wife wanted to sell the company and Sean wanted to buy it. They worked out an agreement for her to hold the mortgage while he made steady payments.

Early 2000s – Sean set about growing the company further, expanding their reach by using Michael’s Chourico in Fall River as a distributor. (No more sunrise drives to Stop & Shop for Sean!) 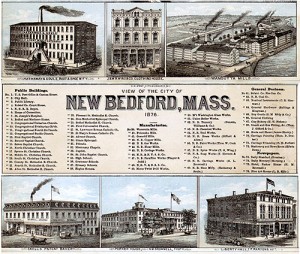 The meat pie goes back a long way.

Legend has it the ancient Greeks were the first to fill a pastry with meat, usually cooked over coals. The Romans adopted the idea, using a variety of meats, oysters and fish, but throwing away the top pastry “cover” once it was cooked. Invading crusaders brought it to Medieval Europe, where chefs stiffened the pastry to make an upright pie. Over time various cultures adopted the treat and made it their own, from the go-to travel food of the European nobles to a bar-food staple in Australia. Fortunately, Landry’s has captured the authentic flavors and made it a whole lot easier to have a hearty meat pie any time.